Resource guide compiled by the Diversity and Inclusion Committee for navigating intercultural curriculum development at CCC.

What is Culturally Responsive Teaching (CRT)?

Culturally responsive teaching is a theory of instruction that was developed by Dr. Gloria Ladson-Billings. “It is an approach that empowers students intellectually, socially, emotionally, and politically by using cultural referents to impart knowledge, skills, and attitudes" (Ladson-Billings). 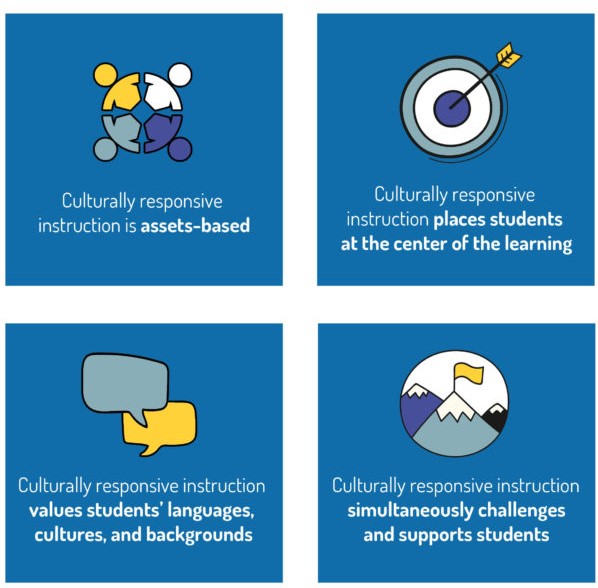